TEACHER FEATURE: As Specialist As It Gets – Christa Haxthausen 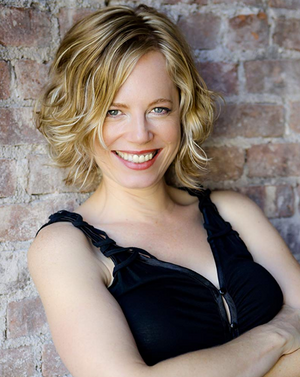 While many would settle for just one superhuman skill, Christa Haxthausen breaks the mold. She is a multifaceted artist whose work as a singer/songwriter, pianist, actor, writer, and music educator has taken her all over the country, from Boston to New York and Austin and back...and now Los Angeles. Christa teaches piano, voice, and songwriting in-home, online, and in her home studio for SoundLife Music Academy. She joined the SoundLife community in our humble beginnings while she was still packing up her apartment in Manhattan and getting readying for the long drive across the country.

A self-taught pianist and incurable stubborn individualist, Christa took an unconventional path in her musical training. She did not begin formally studying until she was in high school, but instead learned to play Mozart piano concerti on her own from a young age. Her piano instructor immediately had her audition for the honors program at the MacPhail Institute of Music in Minneapolis. Christa continued to study piano while she was working toward her Bachelor’s degree in Psychology at Barnard College, Columbia University, and she began dipping her toes into songwriting and vocal studies.

“Sensible” a degree as Psychology was, her creative bug was not cured. Post-grad work in the entertainment industry carried her to learning the ins and outs of the music and theater industries when she accepted a position at Atlantic Records assisting Broadway musical composer Frank Wildhorn. The work inspired her to pursue her own musical path, and she enrolled at Berklee College of Music to complete a graduate degree in Voice and Professional Music.

Christa has performed in cities all over the U.S. While she was in Austin, she jumped into the thriving singer/songwriter scene and discovered an appreciation for rootsy Americana and formed the spanky and eclectic ACE Trio, among other collaborations. Just to keep things fresh and eclectic, she also performed as a National Anthem singer for the Austin Ice Bats professional minor-league hockey team. Currently, she is at work developing new original material with her new band.

When she’s not playing music, Christa is fervently tending to her other creative bug: acting. For a long time, she felt pressured to choose between music and acting, but she has grown to appreciate having a foot in both worlds and enjoys the unique challenges and opportunities each discipline affords for learning and growing as a well-rounded artist.

As an actor, Christa has worked and performed on stages and productions in New York, Austin, and Los Angeles and has found steady work as a film and commercial actress. You may have seen her in an ice cream or burger commercial or buying a car or loading up a moving van. Christa has worked alongside such notable actors and directors as the late Sam Shepard, William H. Macy, the late Phillip Seymour Hoffman, and directors Richard Rodriguez and Richard Linklater. Along with on-camera work, she is a cast member of the sketch comedy company TMI Hollywood, who enjoy a Sunday residency at the Hudson Theater in Hollywood.

Arriving at her own musical path in a unique and dynamic way has ironically served Christa's teaching very well. Her relaxed and holistic, yet disciplined approach to lessons as a collaborative process of learning and self-discovery make her very popular with her students, from wee beginners to seasoned pros.  She strives towards mentoring her students to work towards their own musical self-sufficiency, which means encouraging them to explore and uncover their own musical voice and style. Christa relishes being a vehicle for this sort of self-discovery, never ceasing to be amazed and inspired by her students’ untapped talents, creativity, and individuality. She truly embodies the SoundLife mission to educate, inspire, and unite, and we feel so fortunate to share her experience and passion with our wonderful community.